This portion of our website contains background information that we hope you find useful in understanding genetic analysis and the areas where Illumina tools and services are used.

The human body is composed of billions of cells, each containing deoxyribonucleic acid (DNA) which encodes the basic instructions for cellular function. The complete set of an organism's DNA is called its genome.

The human genome is organized into 23 pairs of chromosomes which are further divided into over 30,000 smaller regions called genes. Each gene is comprised of a string of nucleotide bases labeled A, C, G and T. Human DNA has approximately 3 billion nucleotide bases and their precise order is known as the DNA sequence.

When a gene is "expressed," a partial copy of its DNA sequence—called messenger RNA (ribonucleic acid) or mRNA—is used as a template to direct the synthesis of a protein.

To date, many resources have been invested in sequencing the human genome and various model organisms. Further resources are now being directed towards understanding genetic variation and function, and applying this understanding to the development of new diagnostic methods and therapeutics. 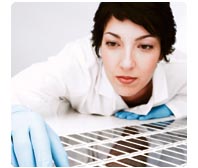 There's a continuing need to analyze enormous numbers of genetic markers and patient samples, in an effort to understand the underpinnings of major diseases. Illumina technologies are uniquely positioned for use in these studies, and are helping further our understanding of genetic variation at the DNA, RNA, and protein levels.

What is Genetic Analysis?

Genetic analysis is a term used to describe the study of a sample of DNA to look at differences, or variants, that may increase an individual's risk for disease or impact drug responses.

While some genetic diseases, like Huntington's disease, are due to single gene changes, most inherited diseases arise from a number of genetic changes that can be compounded by environmental factors, making it difficult for researchers to track down all the related factors.

Although any two people are 99.9% identical at the genetic level, the 0.1 percent difference helps explain why one person is more susceptible to a specific disease than another person. Studying patterns of genetic variation can help researchers determine which differences are disease-related.

What is a SNP?

Single nucleotide polymorphisms (SNPs) are single nucleotide (A, G, C, or T) changes in DNA. SNPs are by far the most common source of genetic variation. The human genome is thought to contain over 10 million SNPs, about one in every 300 bases.

Many genetic analysis tools are available to interrogate SNPs. Whole-genome scans can be used to analyze hundreds of thousands of SNPs across the entire genome. Researchers can compare patterns between healthy and diseased patient samples to understand the SNPs that may contribute to a given disease.

Follow-on fine-mapping studies may involve analysis of a smaller number of SNPs in defined regions of the genome, in an attempt to find causative SNPs for the disease in question.

What is Gene Expression?

Gene expression analysis is the process of determining which genes are active in a specific cell or group of cells. It is commonly studied by measuring messenger ribonucleic acid (mRNA), the intermediary between genes and proteins.

By comparing gene expression patterns between cells from different environments, such as normal tissue vs. diseased tissue, researchers can determine which genes are active or inactive in various disease states.

What is DNA Methylation?

Since faulty DNA methylation is associated with a variety of human diseases, including cancer, diabetes, and certain neurological disorders, methylation patterns have the potential for use as disease biomarkers.

Copy number variation (CNV) refers to changes in the DNA copy number level of a region when compared to a reference genome. Recent research has shown that the level of CNV in the human genome is much higher than previously thought.

Other types of copy number changes occur when a region within a chromosome or an entire chromosome is amplified erratically or deleted altogether. Copy number aberrations are typical of cancer cells. In some tumors, high-level amplifications correlate with clinical outcome.

Loss of heterozygosity (LOH) represents the loss of a parent's contribution to part of the cell's genome. LOH is extremely common in cancer, where it often indicates the presence of a tumor suppressor gene in the region. Typically, the remaining copy of the tumor suppressor gene will be inactivated by a point mutation.

LOH can sometimes occur without apparent copy number changes (such as gene conversions), and recent publications have documented the critical role of copy-neutral LOH in tumor samples. Events such as these cannot be detected with traditional two-color microarray comparative genomic hybridization (array CGH).

Illumina DNA analysis solutions enable researchers to profile, at increased resolution, the genome for LOH, as well as other chromosomal aberrations routinely found in cancer and other disorders.

Learn more about research solutions for:

Find array and NGS solutions to advance your complex genetic disease research in immunology, neuroscience, and beyond.
Learn More »