NIPT Delivers a Sigh of Relief to an Expectant Mother

Verifi Prenatal Test provides results when another was inconclusive. 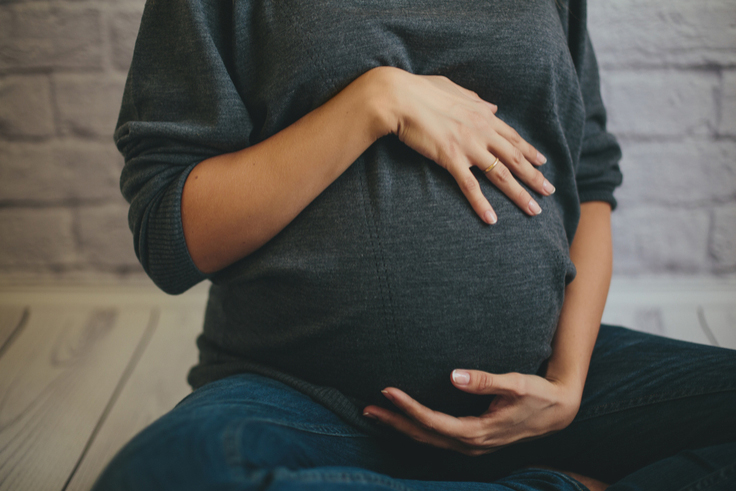 NIPT Delivers a Sigh of Relief to an Expectant Mother

Noninvasive prenatal testing (NIPT), which screens for the most common chromosomal aneuploidies in the fetus, is now recommended for some expectant mothers.1 It was almost 20 years ago when researchers first discovered that DNA fragments from the baby's placenta can enter the mother’s bloodstream,2 and 13 years later when NIPT was first used in prenatal care.3 On average, 13% of the total cell-free DNA (cfDNA) in the mother’s blood comes from the baby.4-5 cfDNA can be analyzed to screen for fetal chromosomal anomalies through a simple blood draw from the mother. NIPT includes targeted DNA tests, as well as whole-genome next-generation sequencing (NGS)-based tests, such as the Verifi Prenatal Test.

“I wasn’t offered genetic testing during my first pregnancy,” recalls Nicole, 26, who has a healthy 4-year-old girl. After experiencing a subsequent miscarriage, Nicole was offered genetic testing during the 12th week of her third pregnancy. “It was the first time I had ever heard about this type of testing,” Nicole said. Her obstetrician recommended NIPT to screen for fetal chromosomal abnormalities, such as Down syndrome. The test he chose uses a targeted approach that focuses on specific regions of DNA responsible for chromosomal conditions. “I trusted my doctor, so I agreed to take the test,” Nicole stated. “My doctor said it’s the best way to find out that everything’s okay genetically and that I’d also find out the sex of the baby, which I was very excited about,” Nicole added. “He explained that the test works by analyzing the baby’s DNA from my blood to look at the baby’s chromosome number.”

Nicole submitted a blood sample for the test at her obstetrician’s office. “It’s always been difficult for me to have blood work done because my veins are difficult to find and I’m left with multiple bruises,” Nicole said. “They had to use three needles just to draw the blood for the test.” The doctor’s office told her that the results would be available in 7–10 business days. After 7 days, Nicole began calling to inquire about the results. “People in the doctor’s office actually had to call the lab to see if the blood work was back and ask them when they were going to receive the results,” Nicole stated. “I finally heard back on day 9, and they told me the results were inconclusive. I thought, ‘how can this be?’ More importantly, ‘what does this mean?’”

Nicole’s obstetrician recommended that she submit another blood sample and repeat the test a second time. Nicole’s experience with the second test was identical to her first. “It was difficult to draw the blood sample, I waited 9 days and called several times to get the results, and once again the test came back inconclusive,” Nicole said. “At this point, I was very frustrated. That’s when my doctor recommended that I see a specialist and receive genetic counseling.”

“Honestly, I wouldn’t use that first testing kit again. I would use the Verifi Prenatal Test that Dr. Chavez used.”

At 17 ½ weeks gestation, with a previous miscarriage and no conclusive result from the repeated targeted sequencing test, Nicole’s pregnancy was now considered high risk. She was referred to Martin Chavez, MD, a specialist in high-risk and complicated pregnancies, and Director of Maternal Fetal Medicine at Women’s Contemporary Care Associates (WCCA) in Long Island, New York.

Nicole had her blood drawn in Dr. Chavez’s office the same day as her detailed ultrasound was performed. Within a week, Nicole received the NIPT results. “They called me and told me that everything was normal,” Nicole said. “I didn’t have to call anybody. I thought it was astonishing that I had to wait all that time and be referred to a specialist just to obtain access to a test that produced conclusive results in a timely manner.”

“I’m so relieved to finally have a result,” Nicole added. “Waiting is frustrating, nerve wracking, and causes so much anxiety.” Nicole will request the Verifi Prenatal Test for her next pregnancy and recommends that other women do the same. “Honestly, I wouldn’t use that first testing kit again,” Nicole said. “I would use the Verifi Prenatal Test that Dr. Chavez used. It was amazing to me how easy the process was the third time.”