Sudden Growth Causes a Genotyping Laboratory to Reassess its Workflows 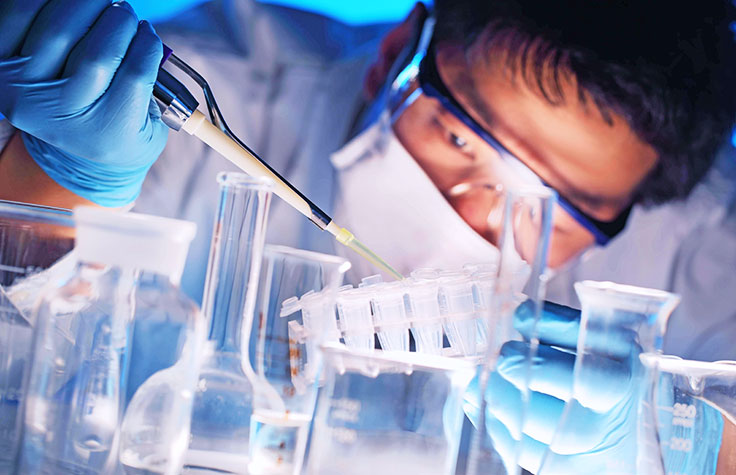 Sudden Growth Causes A Genotyping Laboratory to Reassess its Workflows

South Gene Technology Company was founded in 2003 as a genome research services laboratory based in Shanghai. It participated in the International HapMap Project, genotyping samples to assist research teams in China, Canada, Japan, Nigeria, the United Kingdom, and the United States in developing a haplotype map of the human genome. In 2016, Shenyou Corporation, a leading genetic testing services firm, invested in South Gene Technology and formed a joint venture to expand its genotyping services offering to financial and health care entities throughout China.

In 2017, the Shenyou/South Gene joint venture genotyped 800,000 human samples for complex disease, cancer, and ancestry genetic markers. The testing volume was an increase of more than 30% over the previous year. With an anticipated sample testing volume of 1.5 million samples in 2018, Shenyou realized it needed to expand the Shanghai laboratory. It contracted with the Illumina ArrayLab Consulting Service to determine the equipment, staffing, sample workflow, and automation needed to scale the laboratory’s genotyping throughput.

iCommunity spoke with Dr. Weirong Jin, CEO of Shenyou, and Haifeng Wang, General Manager of the South Gene Technology laboratory, about the benefits of working with the ArrayLab Consulting Service to expand capacity at the Shanghai lab to meet growing demand.

Q: When did you join South Gene Technology and how has the focus of the company’s genetic testing service changed?

Haifeng Wang (HW): I joined South Gene Technology in 2004 as manager of the genotyping laboratory. We were the first laboratory in China to use the Illumina BeadArray System. Initially, we focused on providing genotyping services for common disease research. After completing work on the International HapMap Project, we conducted studies for several complex disease and cancer research projects, including disorders such as psoriasis, leprosy, schizophrenia, Graves’ disease, Type 2 diabetes, lupus, and colorectal and lung cancer. We used Illumina BeadChips and a BeadArray System to perform these studies.

Q: Why did Shenyou Corporation form a joint venture with South Gene Technology?

Weirong Jin (WJ): We needed a central laboratory to perform genotyping services and chose South Gene Technology for its decades of experience. Originally, the joint venture performed genotyping services for financial institutions and insurance companies in China, which offer genetic testing as a gift to their customers.

WJ: We offer testing for ancestry, and various complex diseases and cancers. Ancestry testing is very popular with young people in China.

Q: What technologies are you using to perform those tests?

"The Illumina ArrayLab Consulting team assisted us in estimating and planning our laboratory setup."

Q: What factors caused an increase in sample volume at the Shanghai lab?

WJ: In 2017, we began performing genotyping services for the iKang Healthcare Group. iKang offers medical examination, disease screening, and other value-added services in > 120 facilities located in 34 cities throughout China. The number of samples we genotyped per day grew rapidly.

We anticipated partnering with another health care group in 2018 to provide genetic testing services to its customers at hundreds of centers across China. We realized that tests from the two health care groups would drive our sample volume to 1−1.5 million samples per year. It was clear that we needed to scale up the existing South Gene laboratory facility to match that growth.

Q: Why did you decide to use the Illumina ArrayLab Consulting Service?

WJ: We chose the ArrayLab Consulting Service because of our familiarity with Illumina technologies. We knew we would be using the GSA and ASA BeadChips, and the iScan System for future testing. We wanted an Illumina team to provide recommendations on streamlining our workflow to handle increasing sample volumes.

HW: We estimated that our Shanghai laboratory will process  > 2000 samples per week in 2018. Running that many GSA or ASA BeadChips is challenging. We didn’t know how to set up the lab to fulfill that level of demand or how to scale up for higher sample volumes.

Labor costs are increasing in China and so is the competition for genetic testing. It’s important for us to be efficient, especially in staffing our laboratories. The Illumina ArrayLab Consulting team assisted us in estimating and planning our laboratory setup. That included calculating the staff, equipment, and BeadChip inventory we would need to achieve our sample throughput goals this year, and how to scale the laboratory for the future.

Q: What were the benefits of working with the ArrayLab Consulting Service team?

The ArrayLab Consulting team assisted us in developing a facilities plan and an equipment layout to support an efficient workflow. They helped us make the most of our resources. This included efficiency improvements gained by aligning personnel shifts and running certain workflows in parallel. They also recommended ways to incorporate automation to reduce labor costs. We now have several Tecan fluid handling systems in our laboratory.

Q: After the ArrayLab Consulting team provided a plan, how long did it take for the Shanghai lab to get up and running?

HW: We began working with the ArrayLab Consulting team in Q3 2017. Two months later we had implemented their recommendations and were processing samples.

Q: What is your turnaround time for sample processing?

HW: When we receive a sample, it takes us four days to process the sample and another week to analyze the data. From a customer standpoint, they receive their analysis report about two weeks after they send their sample in for processing.

"The ArrayLab Consulting team assisted us in developing a facilities plan and an equipment layout to support an efficient workflow. They helped us make the most of all of our resources.

Q: How many samples per week are you running?

Q: What prompted your decision to transition from the GSA to the ASA BeadChip?

HW: The GSA content is not the best fit for the Chinese population. As a result, our current sample analysis involves combining GSA and PCR data into one report. We’d rather perform one assay to obtain results.

We’re working with the ArrayLab Consulting team to develop custom content for the ASA BeadChip. Our custom ASA BeadChip will be optimized with loci for the Chinese populations that we serve.

Q: What are the next steps that the ArrayLab Consulting team will be assisting you in implementing?

HW: We’ll be transitioning all genotyping to the ASA BeadChip soon. Then we’ll be meeting with the ArrayLab Consulting team to optimize our workflow for the ASA and develop a standard operating process to scale up our sample processing to 8000 samples per week.

Q: What are the growth areas for genetic testing in China?

WJ: Currently, at least 90% of the people who have genetic testing in China never pay for it themselves. It’s either a gift provided by an insurance company or financial institution, or part of health care center benefits. Even though people aren’t paying for it, they are gaining insight into the value of genetic testing. It’s sparking their interest in learning more about their genomes.

In the future, we anticipate that 10–15% of the people who receive genetic testing as a gift will pay for additional tests to learn more about their disease risk and ancestry. To take advantage of increasing interest in genetic testing, we plan to expand our offering to include direct-to-consumer genetic testing. We’ll use an online portal to engage potential customers. As we make this transition, the workflow and cost efficiencies gained by working with the ArrayLab Consulting team will be valuable and support solid profit margins.

We believe that big data will be very important for the future of the company. As the number of people participating in genetic testing increases, so will the genetic data base of healthy individuals. We want to identify the gene markers that are unique to the genomes within our Chinese populations. The data will enable us to improve our products and support disease research within Chinese populations.

Learn more about the products and systems mentioned in this article: