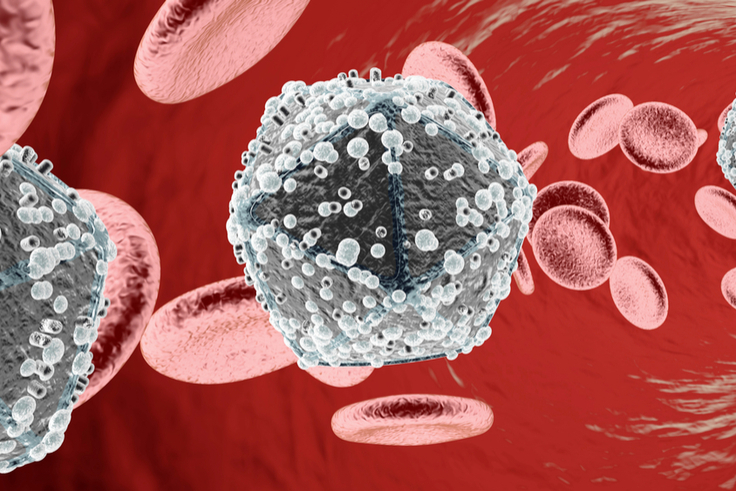 Jacques Izopet, PhD, and Stéphanie Raymond, PhD, at the Université Paul Sabatier in Toulouse, France study HIV tropism (sidebar) and how it changes during infection progression. Over the last 10 years, they’ve used various phenotypic and genotypic methods to assess how HIV enters cells using coreceptors. In 2010, they developed a next-generation sequencing (NGS) method on the Roche 454 System to assess HIV Type 1 (HIV-1) coreceptor usage. Then Roche announced that the 454 System was being discontinued and reagents would soon be unavailable.

iCommunity spoke with Drs. Izopet and Raymond to learn how they evaluated their HIV-1 tropism detection method on the MiSeq System and the results that they obtained.

Jacques Izopet, PhD is the Director of the Virology Laboratory and Stéphanie Raymond, PhD is a researcher in the Department of Virology at Université Paul Sabatier in Toulouse, France.

Q: How is HIV-1 tropism determined?

Jacques Izopet (JI): We also developed a phenotypic approach, the Toulouse Tropism Test (TTT), for determining the mechanisms of viral entry into cells. TTT uses reverse transcription-PCR (RT-PCR) to amplify a fragment encoding the gp120 env gene using RNA isolated from a plasma sample. The product is used to produce recombinant virus particles expressing the challenged env gene. These particles are then released into the supernatant to infect U87 indicator cells bearing CD4 and expressing either CCR5 or CXCR4 (sidebar).

Host tropism is the ability of viruses to infect a particular host cell by binding specific coreceptors. HIV-1 enters CD4-expressing cells using one or both of the host cell chemokine coreceptors, CCR5 and CXCR4. Virus strains that use one of these coreceptors are termed R5 or X4 variants, respectively. Strains that use both coreceptors are termed dual-mixed variants (D/M). At the beginning of HIV infection, HIV-1 viruses use CCR5 for viral entry. In the later stages of the disease, the viruses switch to CXCR4 to enter host cells.

There is an effort to develop molecules that target coreceptors and block the entry of the virus. For example, maraviroc is a CCR5 coreceptor antagonist drug that prevents HIV-1 entry into target cells by binding to the CCR5 receptors. To use this and other CCR5 agonist drugs effectively, HIV-1 coreceptor usage must be accurately determined, because the presence of undetected minor CXCR4-using variants can cause subsequent virological failure.2

SR: While recombinant virus phenotypic assays, such as TTT, are considered the gold-standard for determining HIV-1 tropism, their routine use is hampered by high cost and long turnaround times. In contrast, NGS genotypic HIV-1 tropism tests are simple, fast, and cheap. However, genotypic tests often have poor performance in determining the tropism of nonB subtypes of HIV.

JI: Ultradeep sequencing of the V3 env region allows detection of low levels of CXCR4 variants like phenotypic approaches do.

Q: How did you validate your HIV-1 tropism analysis method on the Roche 454 System?

JI: In 2010, we used the Roche 454 GS-Junior System to sequence the HIV-1 V3 env region. To validate the system, we relied heavily on our TTT phenotypic cellular test. The concordance that we obtained was good and enabled us to establish interpretation algorithms. These algorithms became the basis for the PyroVir software designed for interpreting HIV-1 tropism NGS data.

"The sequencing speed of the MiSeq System enables processing a larger number of samples."

Q: What prompted you to consider other NGS systems for HIV-1 tropism analysis?

JI: When the end of the Roche 454 technology life cycle was announced, we recognized the importance of testing other NGS technologies. It became unavoidable with the news that Roche 454 reagents would no longer available. We directed our attention to the MiSeq System.

Q: How did you perform the comparison studies?

SR: Using 52 plasma samples from antiretroviral naïve subjects, we compared deep sequencing data on the MiSeq and Roche 454 platforms. We used our algorithms to interpret the NGS data from each system and determine HIV-1 coreceptor use. TTT was used as a reference assay. We also validated the parameters of sensitivity for detecting X4 viruses and the linear parameters for quantifying these variants using 20 virus clones.

Q: What were the results of your comparison study?

SR: The MiSeq System proved to be sensitive for detecting minor X4 variants and is well correlated with the TTT gold-standard for determining HIV-1 tropism. The sensitivities of the MiSeq and Roche 454 Systems for detecting minor CXCR4-using variants were similar: 0.26% for 5000 reads for the MiSeq System and 0.25% for 2000 reads for the Roche 454 System.

In determining the sensitivities for quantifying minor X4 variants, the MiSeq System was more sensitive (0.5–1%) than the Roche 454 System (1–5%), perhaps because more reads were obtained with the MiSeq System.

The two NGS assays agreed in their analyses of 90% of the 52 clinical samples, similar to the concordance between two phenotypic assays for predicting HIV-1 tropism. The concordance of both NGS assays with TTT was higher than 70%.

“The MiSeq System proved to be sensitive for detecting minor X4 variants and is well correlated with the TTT gold-standard for determining HIV-1 tropism. ”

SR: We have some sound arguments that the determinants for tropism that are currently identified in the V3 env region are not sufficient for obtaining an optimum prediction. We believe that other regions of the viral envelope are involved in using coreceptors for viral entry.

JI:In contrast to the genotypic assays, the TTT assay uses the complete envelope sequence. New generations of sequencing systems that allow sequencing of the complete HIV-1 envelope, along with new algorithms based on analysis of other regions, will improve the genotypic prediction of HIV-1 coreceptor use.

The goal will be to enhance sensitivity, including in various subtypes. Subtype B is the dominant subtype in the Americas, Western Europe, and Australasia. Sequencing the entire HIV-1 envelope of subtype B would provide better sensitivity compared to the reference test for identifying X4 viruses. It would also determine tropism in nonB subtypes in a more reliable manner.

Q: What is the value of validated genotypic algorithms for specific viral subtypes?

SR: It is essential to have prediction algorithms adapted to the viral subtype. The raw data obtained from NGS still needs to be analyzed to predict viral tropism. For several years, our objective has been to develop prediction algorithms that account for the tropisim differences among viral subtypes. Specific algorithms have already been developed for the most frequent HIV subtypes, but it’s important to create them for all HIV subtypes.

Q: How did the MiSeq System workflow compare with that of the Roche 454?

SR: The sample preparation steps for the MiSeq System are simpler than the preparation steps for a Roche 454 run. There is also less variability between MiSeq System runs due to fewer manipulations. The Roche 454 System requires a more experienced technician. There are issues with the distribution quality of the beads and the sensitivity of the reagents.

"For capability and cost, the MiSeq System suits us perfectly."

Q: What are the advantages of MiSeq System for virology studies?

Q: What are the next steps in your studies?

JI:The next step is to get an accurate quantification of virus populations using the MiSeq System, especially virus populations that use CXCR4. With minimal optimization, we already have good concordance. We are confident of a satisfactory result soon.

Learn more about the Illumina system mentioned in this article: