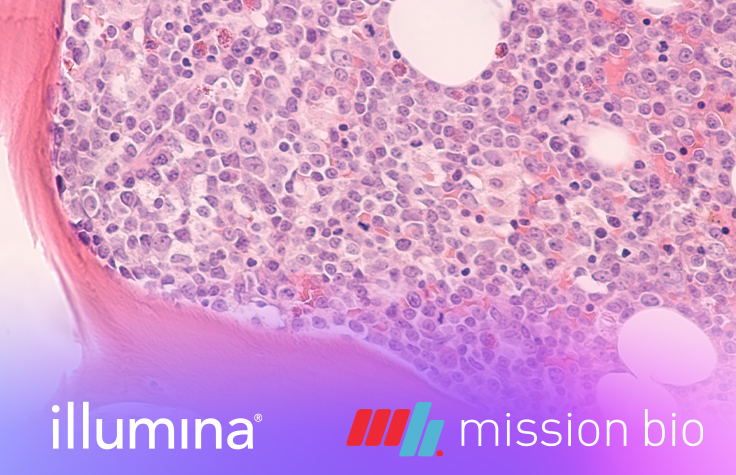 Genomic studies in acute myeloid leukemia (AML) have identified mutations present at variable variant allele frequencies (VAF), suggestive of sequential mutation acquisition with “later” mutations enhancing the fitness of antecedent clones and promoting transformation. Mutations in epigenetic modifiers, TET2 and DNMT3A, most commonly have high VAF consistent with their role as “early’ mutations. By contrast, mutations in oncogenic drivers (FLT3 and NRAS) are often acquired as later events, either within the dominant clone at leukemic transformation or as subsequent subclonal events. While informative in clinical prognostication, bulk sequencing alone is unable to delineate co-occurring mutations at a clonal level which lead to clonal dominance/transformation and/or elucidate mutation order.  Towards addressing these questions, we used a custom amplicon panel querying the 31 most recurrently mutated genes in myeloid disease on the Mission Bio Tapestri v2 single cell DNA sequencing platform. We sequenced 740,529 cells from 146 samples with myeloid malignancies including AML. We investigated the distribution of mutations within the dominant clone and found that IDH2, NPM1, and JAK2 mutations were nearly always in the dominant clone, while mutations in FLT3 or RAS were more varied, being found in minor subclones in some patients, and dominant clones in others. Furthermore, we found that NPM1 and FLT3 co-mutant clones often represented the largest clone within a patient’s leukemia.  Using a Markov decision process, we identified the optimal order of mutation acquisition.  Finally, we integrated the single cell molecular profiling with immunophenotype to resolve how mutations impact differentiation.  Here we found that the dominant genetic clone in a given AML possesses a distinct immunophenotype from genetically distinct subclones, and that these differences are dictated by the driving oncogene. Findings from these studies have provided new insights into the stages of malignant transformation, clonal diversity, and oncogene-differentiate state relationships. 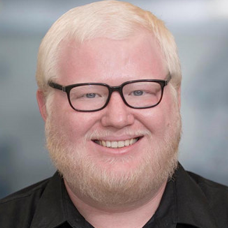